Has anyone else been enjoying the latest season of The Crown on Netflix?  It seems to have been the most controversial season yet stirring up the decades long public acrimony surrounding the treatment of the late Princess of Wales.

My view is that the most nuanced and important episode of this season has nothing to do with Wales’s love triangle.  Rather, it is Episode 5 which resonated most with my experience working with injured people and men in particular. 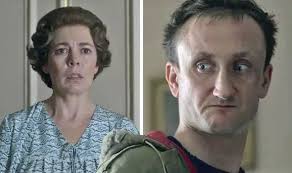 In 1982, unemployed painter and decorator, Michael Fagan broke into Buckingham Palace and helped himself to an audience with the Queen in her bedroom.

Little is known about what the Queen and Fagan spoke about but The Crown’s dramatization is utterly believable.

The writers extrapolate that Fagan would have spoken to the Queen about the hardships he was facing in Thatcher’s Britain.  Unemployment had robbed him of his confidence which, at least in his mind, led to the breakdown of his marriage.

In a scene prior to the break in, Fagan’s ex-wife belittles him by pointing out that her new partner “worked for a living” and was providing for Fagan’s children.  The hideous Council flat in which he lives has been deemed unacceptable by family services for him to share custody of his children.  A disinterested bureaucracy will not assist him with repairs – buck passing between the Council and Social Services.

Frustrated by the lack of assistance he is getting anywhere else, Fagan wants to tell The Queen what it is like for real people.  He rejects her claim that she is speaking to real people all the time.  His point is illustrated by a Garden Party where Palace officials explain to the Queen that there are a number of members of the public who have been assessed as suitable to meet her.  The neatly dressed obsequious members of  The Women’s Institute stand in stark contrast to the drab dole queues frequented by Fagan.

In this retelling, Fagan is far from a hero.  Aside from the two break ins at Buckingham Palace, he defrauds social welfare by doing “cash in hand” work when he can, picks a fight in the pub and ultimately loses the right to see his children by being violent in front of them.

Irrespective of any historical liberties taken, this version tells an important story about the nature of toxic masculinity.  It is a term often used to describe poor behaviour by men but it also describes a broader societal expectation of the role men should play in society and in the family.

Throughout my career, I have seen many male clients who believe their individual value is rooted entirely in their physical strength and capacity to earn an income.  Although I have heard stories from family law colleagues of men attempting to evade child support payments, I have seen the opposite – men who are working against medical advice to make sure their children do not miss out.  Whether or not working is possible, I have also seen some men resort to substance abuse and violence as a way of re-asserting their masculinity or obliterating the physical and mental pain.

The recent mass stand-downs resulting from the Covid-19 pandemic have undoubtedly triggered similar despair for many people in precarious financial circumstances.

The Crown suggests that Fagan would have found comfort in having his story heard by the Queen.

Hopefully the timely retelling of Fagan’s story in this way will encourage us as a society to listen to the stories of people who are struggling.  I expect many of them could use a subtle reminder of the myriad of ways in which they contribute to our lives.