The Art of Negotiation

The Art of Negotiation

A popular albeit informal source quoted among lawyers 20 years ago was Sun Zsu’s The Art of War.

Let your plans be as dark and impenetrable as night, and when you move, fall like a thunderbolt 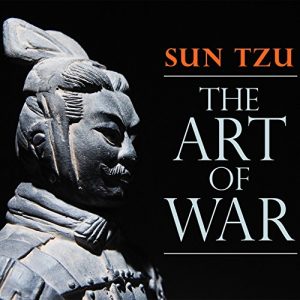 At least in the realm of personal injuries litigation, we have seen a marked shift over the course of my 23 year career from a chest beating rush towards trial.  The legislation governing all forms of personal injuries litigation now requires parties to gather all of their evidence and be properly prepared for settlement negotiations before court proceedings are even filed with the Court.

Very few claims need to proceed to trial.  It is only those cases where there is a fundamental dispute as to the facts or the law where it is necessary to have the Judge adjudicate.  Otherwise, reasonable parties properly represented should be able to resolve the claim before trial and, hopefully, well before trial when the costs for everyone are lower.

Yesterday, the Federal Court ordered Former Senator David Leyonhjelm to pay indemnity costs to Senator Sarah Hanson-Young in addition to the $120,000 she had already received from her defamation claim against him. 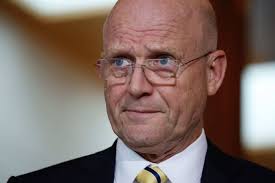 There are a number of different ways in which a Plaintiff can make an offer to settle formally before trial.  These offers are not shown to the Judge before he or she makes a decision on the amount of damages for the Plaintiff.  After judgment is delivered, the Judge then considers those offers.  If, as in Senator Hanson-Young’s case, the Plaintiff made an offer before trial for less than is ultimately awarded by the Court, the Judge may decide that indemnity costs should be awarded.

Indemnity costs in Queensland are “all costs reasonably incurred and of a reasonable amount”.  I recovered the first indemnity costs order in Queensland for my client in Henley v The State of Queensland [2005] QDC 94 where the Court confirmed that the Plaintiff was literally entitled to recover every cost she had incurred for the action unless the Defendant could show that the costs were unreasonable.  The Defendant could not show that the costs were unreasonable so the Plaintiff did not need to contribute any of her damages towards her legal costs.

Ultimately, it is at the discretion of the Court as to how to order costs.  The Judge will look at the conduct of the parties and whether they attempted to avoid the cost to the public and the parties of a trial.  It is interesting to note that the Court in Senator Hanson-Young’s case was critical not only of the offer made by Senator Leyonhjelm but also the dismissive way in which it was conveyed by his solicitors.

There is an art to negotiation which is as important to a successful outcome for our clients as the art of war.