Saturday sport is the essence of Australian suburbia.  Is there anything better than seeing our cricket pitches, netball courts and Rugby fields full of enthusiastic players and supporters?  Not only is sport a fabulous way of keeping fit and healthy, there are so many other benefits for individuals and communities connecting through a shared love of the game of choice.

I just finished my first season as a netball coach for a gorgeous group of 8 year old girls.  It has reignited my love for what is, in my humble opinion, the ultimate team sport.

Of course, wherever there is sport, there are injuries.  Usually they are minor and even serious injuries can sometimes be just part and parcel of playing the game.  So when can a player, Club or official be liable for an injury someone sustains on the sporting field? 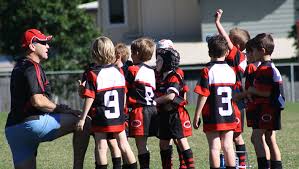 There is a general rule of law known by its Latin name – Volenti Non Fit Injuria.  The simple translation is that “no injury is done to he or she who consents”.  Each sport has different rules about the degree of contact that is permitted between players.  In netball it is non-existent, a little more contact is permitted in basketball and hockey and substantially more in Rugby League, Rugby Union and Boxing.  Provided players stick to the rules, a player who is injured as a result of playing the game has no claim against the player who caused the injury.

Depending on the sport and the prevalence of particular types of injuries within the sport, there may be a duty on the Club to warn players about inherent risks in the sport such as long term brain injury from repeated concussions or head trauma.  In boxing or Rugby League for example, these injuries may be sustained by the participants even if their competitors stick to the rules.

Clubs or Officials who specifically direct players to take action contrary to the rules or deliberately placing another player at risk of injury may be liable for injury to that player.  Fortunately, this is rare in amateur sport although there are examples of it happening at the professional level.

A legal grey area surrounds the proactive steps that Clubs and Officials are required to take to avoid players breaking the rules or engaging in dangerous play.  Clubs that serve alcohol should consider their policies carefully for determining when players can engage in sport and how their alcohol intake before a game can be monitored.  Drug and alcohol use in contact sport can obviously increase the risk of injury but also the risk of players being unreasonably aggressive.

Players do not consent to deliberate assault outside the rules of the game.  The responsibility for such assaults rest primarily with the player responsible but can also extend to the Coach, Umpire, Referee and Club in some circumstances.

Do not let these potential liabilities dissuade you from volunteering at your local Club.  Goodwill, proper processes and rejecting violent or inappropriate behaviour are common in most community sporting Clubs.  There are also legislative protections for volunteers who adhere to the rules of their Clubs.

Personally I love the motto of our netball Club – “It’s Positive or it’s Pointless”.